The Water Cycle for Kids
Surface runoff entering the ocean

Here is a NASA satellite picture of souther Florida on October 14, 1999—soon after Hurricane Irene hit in Florida. During the hurricane a tremendous amount of rainfall occurred, and, if you study this Web site some more, you'll know that once rain falls on the landscape it starts moving downill as "runoff" or "surface runoff". Heavy rainfall causes heavy runoff, which can pick up and move tiny dirt and plant particles from the landscape into rivers.

Rivers naturally flow downhill, too, due to gravity, and will eventually empty into the oceans, and here, the rivers are carrying lots of dirt and sediment from the runoff. This picture shows the dumping of sediment-laden runoff water into the Atlantic Ocean. These are huge events which can easily be seen from space. Here, sediment-filled rivers are dumping tremendous amounts of dirty water into the Atlantic Ocean, all along the coast, and the currents are moving the sediment north.

The sediment being dumped into the oceans has an effect on the ecology of the oceans, both in a good and bad way. Also, this is one of the ways that the oceans have become what they are: salty. 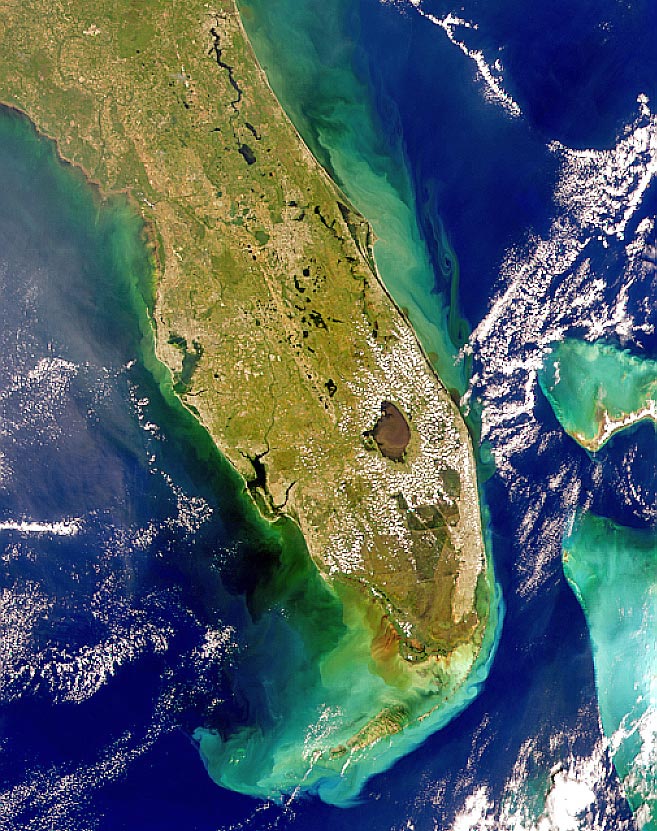