The Water Cycle for Kids
Endpoint of the Colorado River, Mexico

In a natural environment, rivers will get larger and contain more water the further they flow, thanks to water coming in via tributaries. Rivers also merge, resulting in even higher streamflows. But in a human world, this doesn't always happen. Take the mighty Colorado river, which carved out the Grand Canyon in Arizona. People make use of the river as it flows towards the Gulf of California, mainly for irrigation uses and to supply water for cities and people in that region. The river truly gets "used up".

Less than 80 years ago, the Colorado River flowed unhindered from northern Colorado through the Grand Canyon, Arizona, and Mexico before pouring into the Gulf of California. But as this NASA Earth Observatory satellite photo from September 2000 shows, irrigation and urban water needs now prevent the river from reaching its final destination. Rather, the Colorado River just disappears into the desert sands.

The Colorado River can be seen in dark blue at the topmost central part of this image. The river comes to an end just south of the multicolored patchwork of farmlands in the northwestern corner of the image and then fans out at the base of the Sierra de Juarez Mountains. 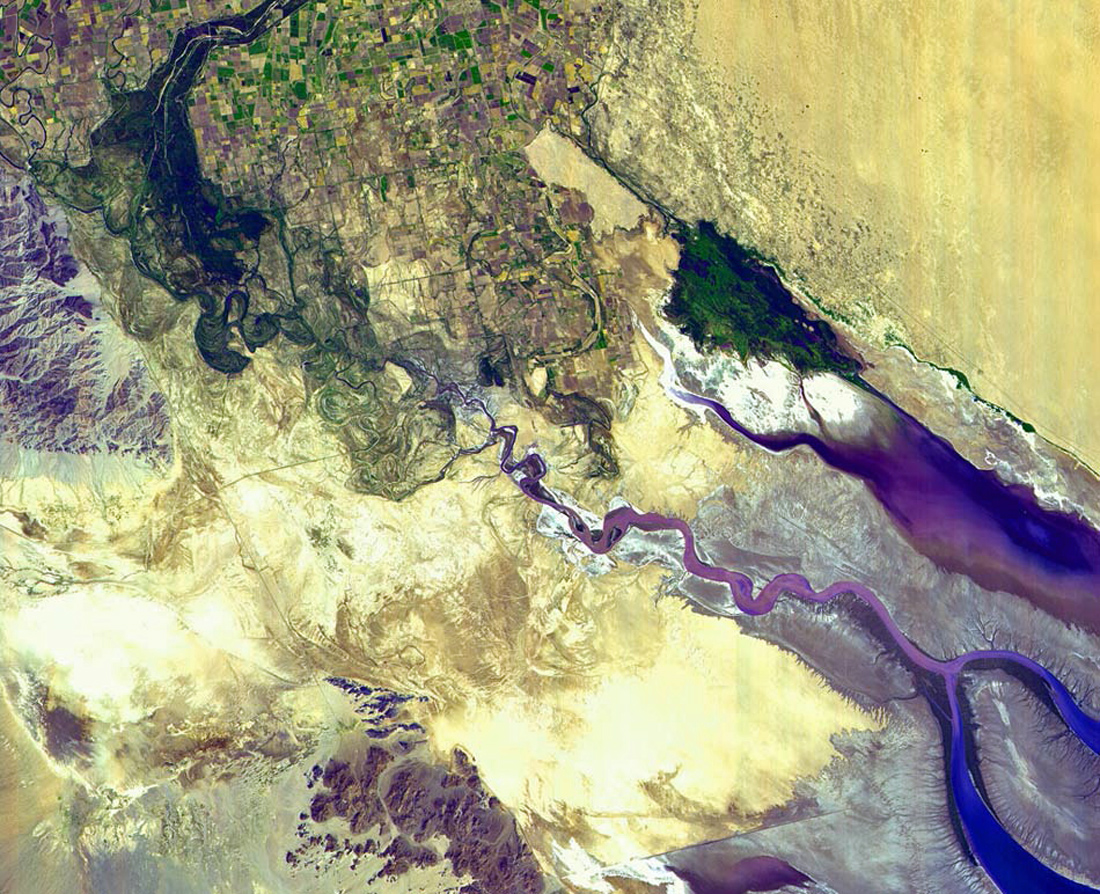