The Water Cycle for Kids
Greenland and the Arctic Icecaps

Here is a satellite picture of the snowcap at the top of the world. This was taken in September, 2010 and it actually shows "summer" at the North Pole, when ice and snow is at a minimum for the year!

What stands out most in this picture is the size of the Greenland icecap—almost the whole island is overlain by a huge and deep (almost three miles deep in places) sheet of ice. The Greenland icecap averages almost a mile in thickness and contains about 10 percent of the total ice mass on the globe. I still have not figured out why Greenland is named "Green"land, though.

In the past, the Earth has gone through periods of warming and cooling. During a cold period an "Ice Age" can happen, such as the last one about 18,000 years ago. During ice ages glaciers and icecaps can cover much of North America, as in all the way down to Illinois, for example. Lucky for us we're now in a warmer phase of the Earth's history.

So much liquid water was locked up in ice back then that the oceans were about 400 feet (122 meters) lower than they are today. If all land ice melted today the seas would rise about 70 meters (about 230 feet). Today, glacial ice covers 10-11 percent of all land. In fact, most of the world's freshwater, about 68 percent, is locked up in ice, snow, and glaciers.

Ice caps influence the weather, too. The color white reflects sunlight (heat) more than darker colors, and as ice is so white, sunlight is reflected back out to the sky, which helps to create weather patterns. 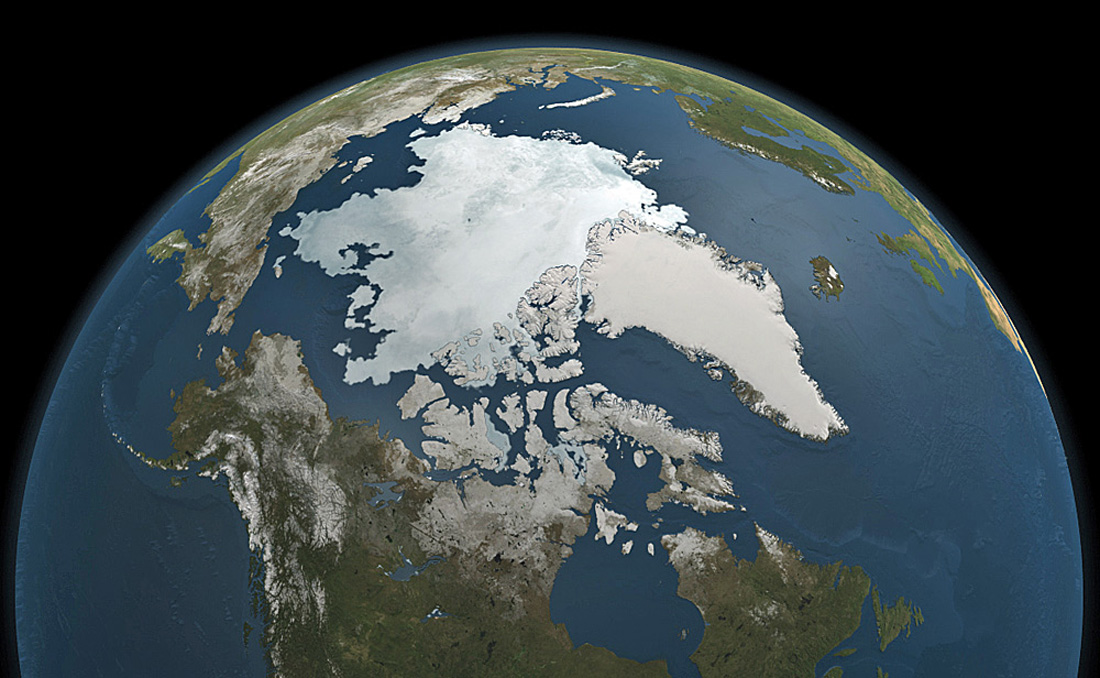